Meet the dapper gentleman with a humble disposition and inspirational presence.

LIFE OF A GENT

The glint of a glorious stainless steel Engineer’s ring reflects off the finger of an affable individual who exudes an enigmatic, congenial character. A man of action greeting others with a sincere smile, he speaks with a warm tonality that is gentle and tranquil tone yet indicative of an intellectual with a deep background in education. A striking bon vivant with an extraordinary sense of fashion, Jake Shirokane is a man of distinct character who is well-versed in eclectic dress and impeccable manners.  A humble individual with a plethora of skills, Jake is always seen with a radiant disposition and speaks with an elegant avidity indicative of an erudite of interpersonal communication.  Indomitable in achieving his goals, Jake exudes a gentleman character that provides a deep respect from his peers and a curiosity as to the identity of the man of mystery.

A diffident youth, Jake faced challenges stemmed from his introverted nature coupled with insecurities about his own personal self-confidence.  Jake reminisces about life as an adolescent; lacking a passion and a point of direction which left him astray in a rut of mediocrity.  A far-cry from the gentleman we see today, Jake remembers not being especially happy during those times and found a loneliness from a lack of companionship. Facing the divorce of his parents at the age of 10 was an unfathomable situation requiring the recalibration of his lifestyle.  The recalcitrant attitudes he had were only fueled by the separation of his parents, and although his family understood the arduous stress that the situation caused, he found himself hard to adjust to the multitudinous difficulties.  At such a young age, Jake showed the fervor of a true gentleman of tenacity.  While adjusting to the biweekly schedule of seeing his parents, Jake found an assortment of hobbies such as building RC cars.  Working on this pastime took his mind off his anxiety which is a testament to his resourcefulness as a person, but it was also the support of familial figures such as his grandpa that aided him. Now, known as a genial man of confidence, Jake has a wonderful relationship with his parents and is able to inspire others through his systematic methodologies on pursuing his passion. 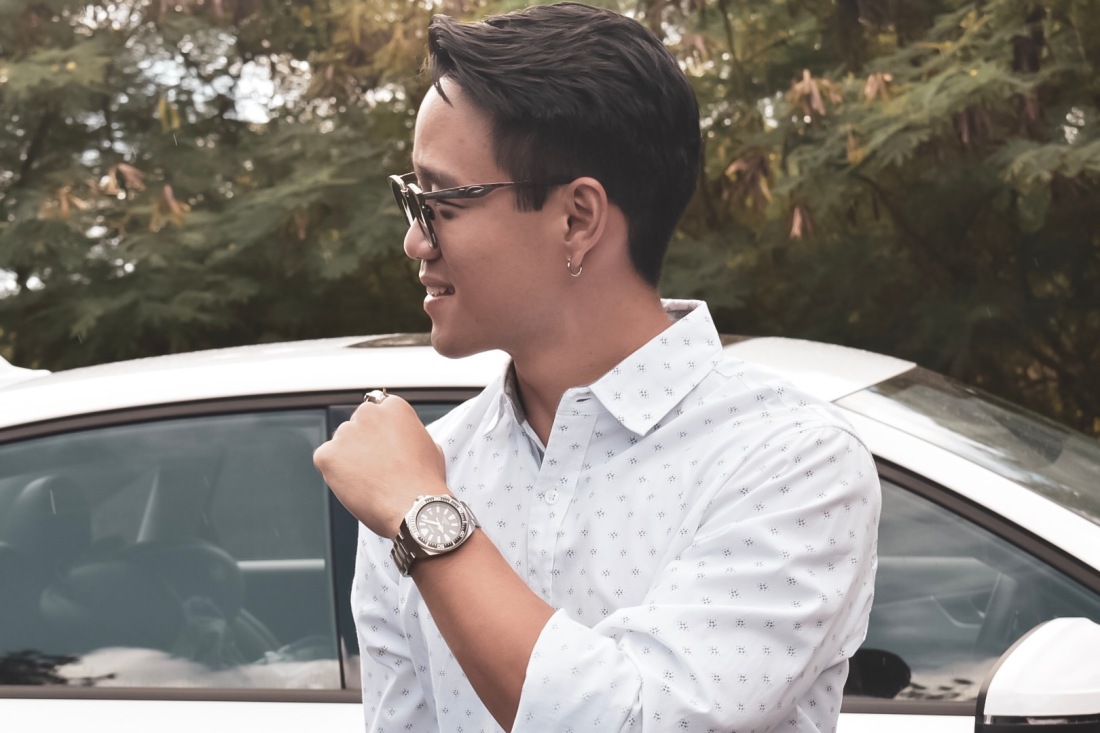 Eventually finding his passion in dance, none would guess from first glance that Jake is a purveyor of the b-boy (breakdancing) dance style.  Not one to boast of his accomplishments, Jake has won numerous tournaments due to the exceptional work ethic he commits to.  While in college, Jake did lose the fervor he once had for his craft, and took a year from the implementation of his dreams in a misguided mindset on the path of maturity.  Settling for the preplanned path of the status quo left Jake with a feeling of something absent in his life, and he eventually found his way back to the zealous commitment he once had for the dance. With new found vehemence, Jake fortified his ambitions to find a way to make his dreams a reality and has excelled at finding clarity in his life since that pivotal decision.  Jake continues to strive towards mastery of his craft, and is well prepped on paving his path to success.

Speaking with an avidity only a true practitioner can offer, Jake discusses the important traits of a modern gentleman. “Gentlemen definitely have class.  They are respectful and considerate, and their sense of style can be definitely seen by others.  A gentleman is not boastful and loud; he is subtle and still able to stand out,” Jake emphatically explains. As can be seen by the way Jake carries himself, he understands the need for an understated approach to your persona.  A gentleman inspires others in a way that is understated and sometimes inscrutable, but he is able to galvanize the amelioration in others to be outstanding.  A worldly, suave man of elegance, Jake unquestionably exhibits his definition of a gentleman on his daily interactions with others.

Always humble and never without a jubilant smile, Jake is an undeniable virtuoso of the radiant personality needed to be an inspirational figure.  The Minimalistic Gent recognizes Jake Shirokane as a true purveyor of the gentleman lifestyle, and we are most excited to see his future successes in all of his endeavors.  There are individuals around us that provide a beacon of positivity and an air of sophistication that inspire us to be better, and Jake’s approach to subtle gentleman class is a verifiable example of the modern chivalries of an impassioned individual well-versed in the tutelage of life experiences.

Welcome to the Live Positive! This is a site dedicated to sharing life experiences in order to motivate and educate others. View all posts by Daniel Akana